Manufacturing on the Rise – Are You Prepared? 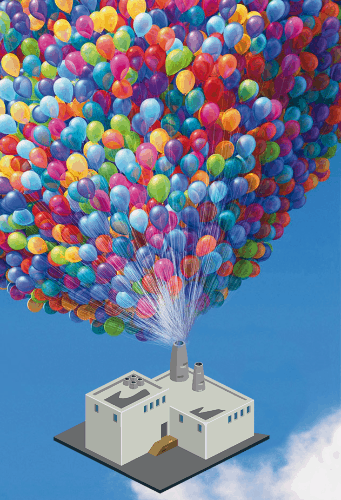 Media outlets from all over including CBS News, Kansas City Star, and Washington Bureau (to name a few) are reporting increases in manufacturing activity. The national index reported an increase from July ’13 to August ’13, with the The Institute for Supply Management showing a third consecutive month of growth.  While a three month winning streak may not seem all that compelling, one must consider that this is the highest that the index has been in 2013, and the most significant jump it has taken in almost two years. Emerging is a manufacturing industry vastly different than that of the last century; it’s highly productive, producing sophisticated products through technology-intensive processes.

Another indicator that this may be a positive trend for the manufacturing industry is the ISM’s new order index report. The new order report gained almost 5 points in August, signaling that manufacturing may see increased activity throughout the remainder of the year.

It appears that the economy is recovering at a modest pace and manufacturers are finally starting to see that translate into increased orders and activity. The last 30 years in the U.S. saw a greater than 40% decline in manufacturing employment. 8 million jobs were lost to a changing manufacturing industry, while output more than doubled. Now the country is in the midst of a pivot back towards domestic production.

As the trend continues, will manufacturers begin to have the conversation regarding their current ERP software, processes, and hiring more skilled labor? It’s a conversation that may not start in the immediate future, but one that will definitely have to be addressed. New technologies such as Ming.le will help manufacturers attract the next generation of talent, through software that’s modern and familiar – yet highly productive and collaborative.

While this resurgence is in its very early stages, both new job creation and reshoring have slowly risen over the last few years. Since 2010, an estimated 500,000 jobs have been added in U.S. manufacturing, and research suggests that many large producers are planning to bring production back to the U.S.

Perhaps it is time to dream a little.  Imagine processes streamlined, communication made simple, and critical business decisions made with up to the minute information.

Infor has released an update (called 10x) to its SyteLine ERP Software that will carry users to the next level of business.  In a research note, Peter Goldmacher, an analyst with Cowen and Co., said the company’s “massive investments” in its user interface have served to “materially close the gap between enterprise and consumer software usability.” He added that “Infor is coming to market with the right product at exactly the right time.”

Welcome to the Software that allows manufacturers to stay on pace with the increase in activity and orders.