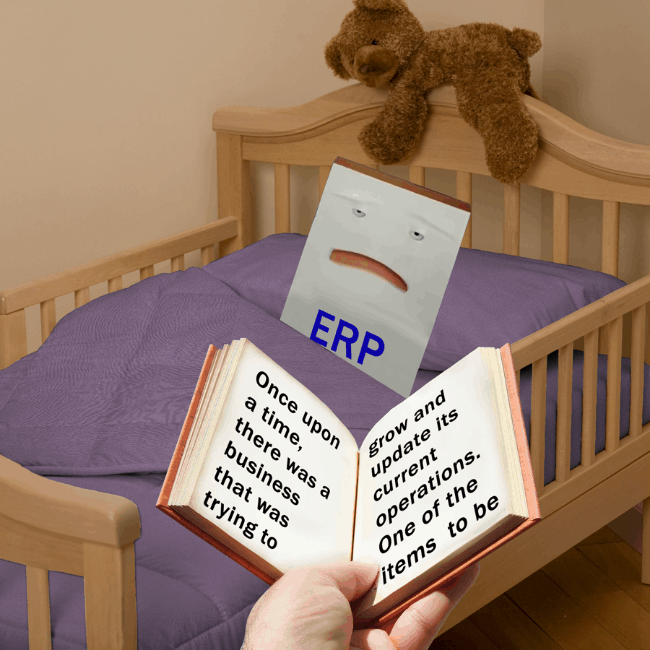 Once upon a time, there was a business that was trying to grow and update its current operations.  One of the items to be updated was the software that the company was using for its core operations.  The software was several years old, and the promised update had been postponed multiple times, leading the company to make the decision that it was time to scrap the software.

The COO of the company recognized the need for a change and immediately contacted a friend of a friend and scheduled a software demo.  The COO invited the general manager, the operations manager, and the maintenance manager to join her in the demo.  They were all power users of the software, and by all accounts the right people to have in a demo.

The demo was completed, and the sales pitch had been received.  The COO and her team sat in the office and discussed what they had seen.  What they liked, didn’t like, and how the software could suit them, or not.  The end of the discussion seemed inconclusive.  The general manager was going to research other software that could benefit them, just for the sake of comparison.  After all, the general manager, and her staff would be utilizing this software every day.

Within a few days, the COO contacted the general manager to let her know that the contracts had been signed and they would be implementing the one and only software they had seen as a group.  The general manager sighed and put the research regarding other software in a drawer.  She wondered why she had even been invited to the demo if the ultimate decision was going to be made by the COO without any additional input.

This story happens too often.  So, where did the COO go wrong?  There was no strategy or collaboration with the software power users to pinpoint what the new software needed to be able to accomplish.  In fact, the needs of the business weren’t defined at all.  The COO went straight to the demo process and left out a key step in selecting ERP software.  Strategizing and defining business needs are essential in the ERP software selection process.

Another key mistake this COO made, was allowing the software vendor to use their own data to demo the software.  The COO did not allow time to properly plan the demo, and provide the vendor with data and a structured list of situations, and business scenarios that she wanted to see.  The vendor was able to come in with their own data, which will always cast the best light on the software, and avoids questionable functionality.

It is difficult to determine whether or not the COO in our story did any cost / value analysis on the software she purchased.  If she did, she did not share her findings with anyone.  This is an important step in the process.  Budgets and scope are all part of the process, but don’t forget to include an analysis of the financial benefits that the new ERP software may provide.  Even though one vendors software price may be higher doesn’t mean it should automatically be counted out.  Determine the financial returns that could be achieved through a more efficient ERP system.  This is all a part of the overall cost / value analysis.

So how does the story end?

After the software purchase, the company implemented the software and found that they needed to make several adjustments that created more work on the operations and financial side of the business.  The purchase simply moved the company into updated ERP software, but did not provide functionality that would allow the business to accommodate for future growth.  In fact, the inflexibility of the software affected the company’s ability to make operational changes that would have been financially beneficial.

Moral of the story, don’t be like this company’s COO. Learn more at www.Godlan.com

Previous Post
Next PostExecutive Buy-In is Crucial for ERP Success