Courage In Business and the Urging of Imagination 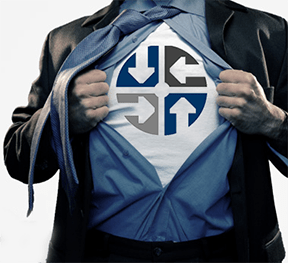 Dictionary.com defines the word “Courage” in the following ways:

1. the power or quality of dealing with or facing danger, fear, pain, etc
2. the courage of one’s convictions, the confidence to act in accordance with one’s beliefs

Does courage come from necessity or is it derived from the urging of imagination? I think it is both.

Circumstances can force us to a place where we have to exhibit a level of courage.  This could be as simple as breaking a bone, tackling a fear of water, or even letting our children try new things.  Life takes a certain amount of courage, that is often derived from necessity.

What about the courage that comes from imagination?  This kind of courage gives voice to what you believe to be possible.  During the “Space Race” of the 1960s, I am sure that there were some that could not comprehend the thought of a man walking on the moon, but there were also men that were destined to become astronauts that dared to believe the impossible.

It’s time to believe in the power of our imaginations and convictions and be unafraid to give voice to a reality that we know is possible.  This is what a visionary does.  They imagine more and give voice to what they believe is possible. Business is no different.  It takes visionary people giving voice to what seems impossible and having the courage to pursue their convictions.  Taking on a project may seem hard, but courage is not letting fear and doubt keep you in a stagnate place.

Often, businesses become comfortable in their processes and they believe that if it has worked in the past that it will work again.  That may be true in certain circumstances, but there are many times that achieving success has meant reinventing and retooling to take your business to the next level. For manufacturers, it is often hard for them to see themselves functioning in an environment that is not only flexible but also to be able to make decisions with data that provides deep insight into their businesses.

Manufacturing is enjoying a period of growth in the technologies that are available to it.  Cloud based ERP is a reality, as is intuitive data analysis. These were only things that manufacturers could have imagined in the past, but technology has given voice to what is now possible.  The only thing left is for manufacturers to have the courage to jump in, and conquer the fear of becoming obsolete and stagnant.

Previous PostSyteLine ERP "How To" Series: How To Personal...
Next PostTraining Issues: Study Reveals Electroshock i...